It's the opposite time of the year for a cold gear review but you might be surprised at just how chilly SF mornings in the fog can be. I bought these back in the winter when I was seeing them all over the place but didn't end up using them much until lately. I've never been a big fan of the running tight because I always thought it was a weird look, but lately I've given in.
I admit - they work pretty well. Definitely more comfortable than swishing warmup pants and it eliminates that annoying winter chafe with cold skin. The pocket is placed great too on the back which makes it easy (and quiet) to carry keys; much better placement than the standard running shorts that have the front hanging pocket. Overall not much else to say - I've been wearning them in 40ish weather very comfortably. There's a version for colder weather but I really have no need for that so you'll have to look for those elsewhere.
I have one nagging question though - I still don't know whether to wear these things w/ running shorts or not. There seem to be two camps of runners - those who wear shorts over their tights and those who don't. Each group things the other looks totally stupid. I've tried both but I can't figure it out.
Help me out here and post a comment - if you're wearing tights for a cold run whats the superior method?
Labels: gear nike reviews

patrick voo said…
i think that if you're not wearing wind briefs, maybe shorts overtop help during colder runs.
December 4, 2010 at 4:43 PM

Keener said…
I definitely wear shorts over my tights just for windproofing. Most tights that I've worn are not windproof at all.
October 4, 2012 at 3:56 PM

Unknown said…
For me, UnderArmor takes the cake. I cycle more than I run, and use underarmor tights when I cycle. When your going 30+mph during the winter, having something that's windproof is essential, and my underarmor tights have preformed wonderfully. I'd recommend them in a flash.
January 21, 2013 at 6:30 PM 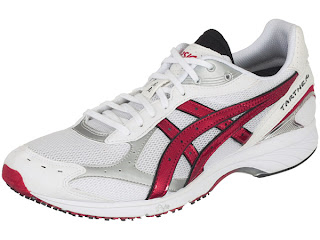